All of this is so important

Caught in the Cogs

Post-Traumatic Stress Disorder, PTSD, is mostly associated with soldiers returning from war. After the horrors witnessed in such an unnatural setting, many wo/men have a difficult time returning to “normal” life, often suffering from flashbacks, panic attacks, and severe anxiety.

Contrary to popular misconceptions, Post-Traumatic Stress Disorder (PTSD) and Acute Stress Disorder (or Reaction) are not typical responses to prolonged abuse. They are the outcomes of sudden exposure to severe or extreme stressors (stressful events). Yet, some victims whose life or body have been directly and unequivocally threatened by an abuser react by developing these syndromes. PTSD is, therefore, typically associated with the aftermath of physical and sexual abuse in both children and adults. (Source)

Any traumatic event can trigger it. Rape, assault, acts of physical or verbal violence, even repeated emotional abuse or the sudden split of a significant relationship, especially if abuse was involved.

Who the hell even visits this blog?

Past Posts of AWESOME

Shizzle Up In Dis Fizzle 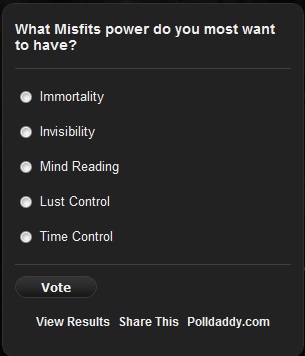